LSU Supports Moon Mission and Beyond 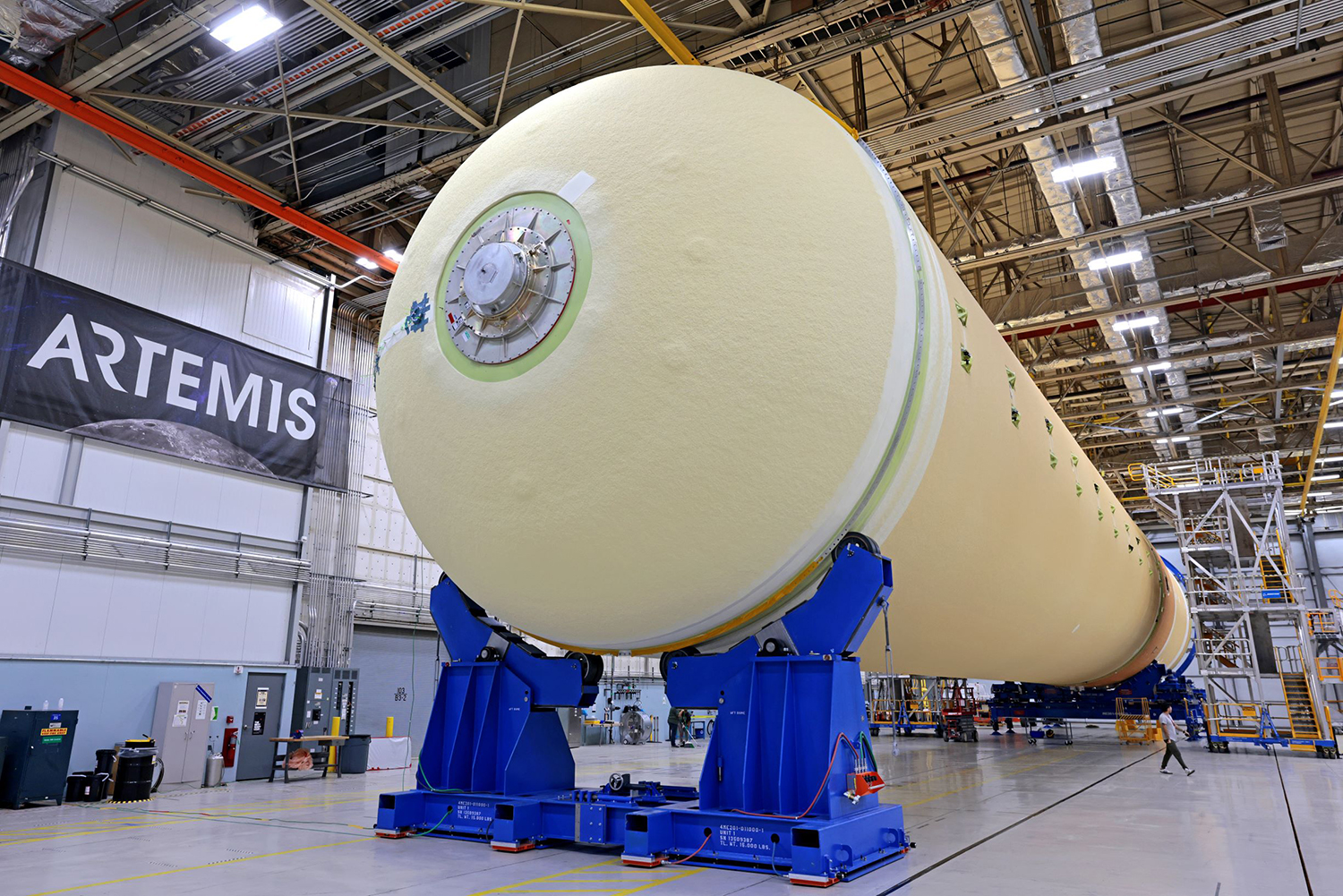 LSU's National Center for Advanced Manufacturing's friction stir weld and other advanced manufacturing techniques were used as NASA joined the Space Launch System rocket’s core stage forward assembly with the 130-foot liquid hydrogen tank for the Artemis II mission. All parts of the core stage are manufactured by NASA and Boeing, the core stage lead contractor at the agency’s Michoud Assembly Facility in New Orleans.

BATON ROUGE – As NASA launches the Artemis mission which will send a spacecraft into orbit around the moon, LSU prepares for the next critical mission: to train a new generation of space scientists and engineers.

LSU will produce the first real-time virtual representation of the Michoud Assembly Facility in New Orleans, where NASA’s core rockets including the Orion Crew Capsule, the core space launch system and enhanced upper stage were built. The digital twin of the facility will mirror its real-life counterpart and replace the physical trial-and-error approaches with computational data-driven modeling to improve design, reduce cost and improve quality. NASA has awarded LSU $5 million to create a digital twin of the main factory at the Michoud Assembly Facility.

LSU will utilize the same technology used by the entertainment industry. LSU College of Art & Design faculty members Derick Ostrenko and Marc Aubanel, who is also the director of the LSU Digital Media Arts & Engineering program, will lead the construction of the digital environment that will eventually be housed at the Louisiana Space Campus in New Orleans.

“The digital twin of NASA’s Michoud Assembly Facility will be an incredibly valuable tool both for space industry professionals, who will be able to test a design at our facility from anywhere in the world, as well as for educators, who will be able to bring the excitement of spacecraft engineering to their students,” said Bob Fudickar, director of LSU’s National Center for Advanced Manufacturing, or NCAM.

NCAM is located at the Michoud Assembly Facility and is a partnership between the state of Louisiana and NASA. NCAM manages a portfolio of large, precise advanced manufacturing equipment on-site for NASA and its contractors.

The digital twin of the roughly 2-million-square-foot Michoud Assembly Facility will be available for educators and students from kindergarten to graduate school.

“The opportunity to lend our expertise in digital media and advanced manufacturing is tremendous for the state and future space engineering and exploration,” said Samuel J. Bentley, LSU vice president of research and economic development.

This project is in partnership with the University of New Orleans and technology solutions provider, Sev1Tech.