BATON ROUGE – Six LSU faculty members who are leaders in their fields received the Rainmaker Award for Research and Creative Activity from the LSU Office of Research & Economic Development, or ORED, this week. Rainmakers are faculty members who balance their teaching and research responsibilities while extending the impact of their work to the world beyond academia.

These leading faculty also have established track records in securing external research funding and publishing in high-impact journals. The Rainmakers include faculty who are at the early, middle and senior stages of their careers.

“The definition of a Rainmaker is ‘a person whose influence can initiate progress.’ These exceptional faculty members embody the spirit we all share here at LSU, which is a dedication to improve the human condition,” said LSU Interim Vice President of Research & Economic Development Sam Bentley.

ORED and Campus Federal Credit Union recognized this year’s Rainmakers on March 13 with a special reception at the Lod Cook Alumni Center.

“Campus Federal is honored to celebrate these extraordinary LSU faculty members, who are part of our exceptional community. Like them, we are committed to making a difference in people’s lives,” said Campus Federal Credit Union Chief Development Officer Ron Moreau.

Each of the following award-winning faculty members has met one or more of the criteria for high-quality research or creative activities and scholarship. The criteria include, but are not limited to: publication in a high-impact journal(s); a highly cited work; external awards; invited presentations at national and international meetings; high journal publication productivity; critically acclaimed book publication(s), performance(s), exhibit(s) or theatrical production(s); high grant productivity and for more senior candidates, outstanding citation records and high-impact invited presentations at national and international meetings. 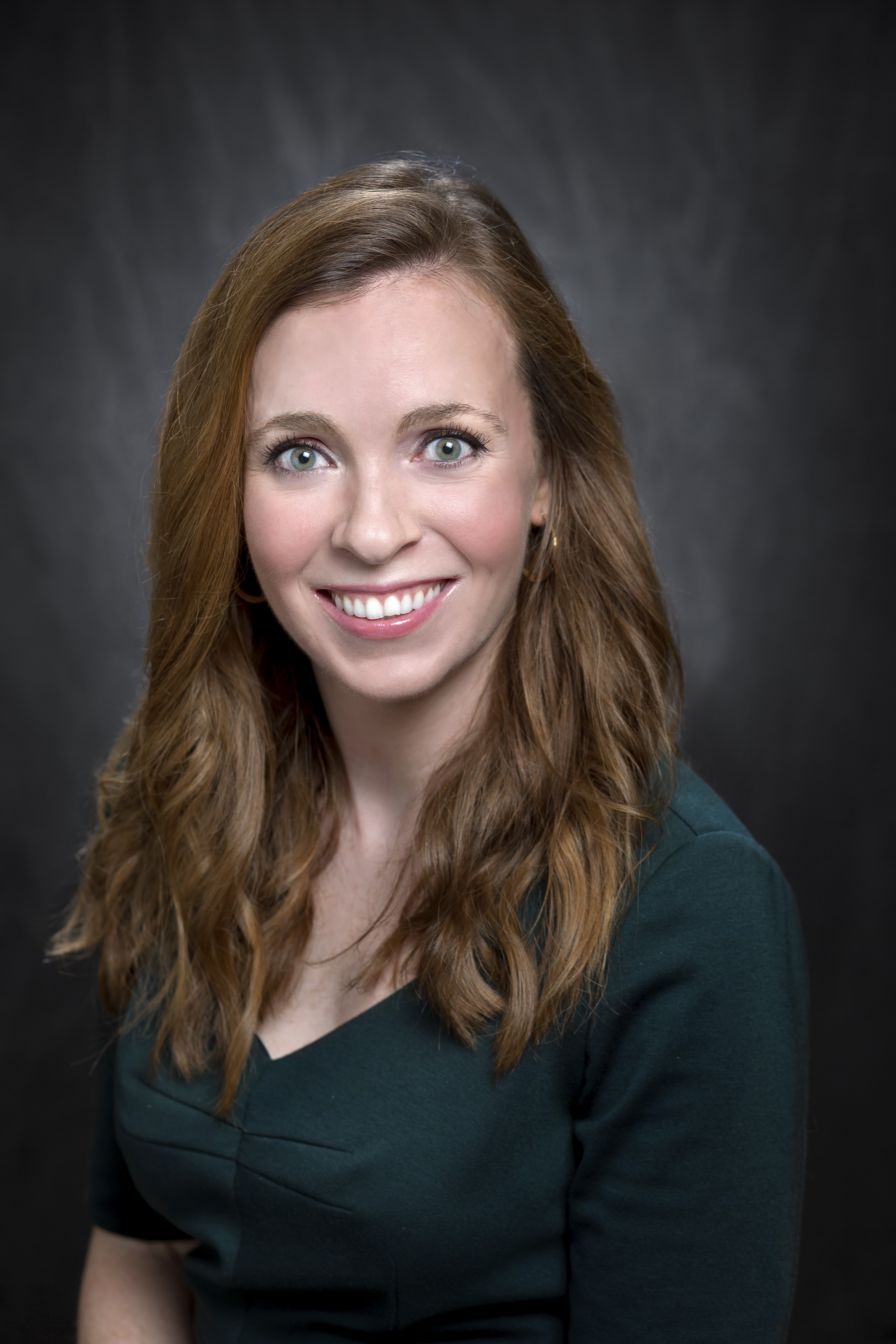 Assistant Professor Kathleen Searles holds a joint appointment in the Manship School of Mass Communication and the Department of Political Science at LSU. She is also an affiliated faculty member with the LSU Multidisciplinary Institute for Neuroscience Discovery and the LSU Media Effects Lab. Her interests include news media, campaign advertising and political psychology.

She is currently working on a co-authored book manuscript with Oxford University Press, which investigates the effects of mobile devices on information processing. Recently, she edited two special issues: one for Public Opinion Quarterly on news coverage of public opinion and another for Political Communication on innovations in methods and measures. She also serves on the editorial board for Women Also Know Stuff, an organization designed to amplify the voice of women political scientists in public discourse and decrease the gender imbalance in media representation of experts. 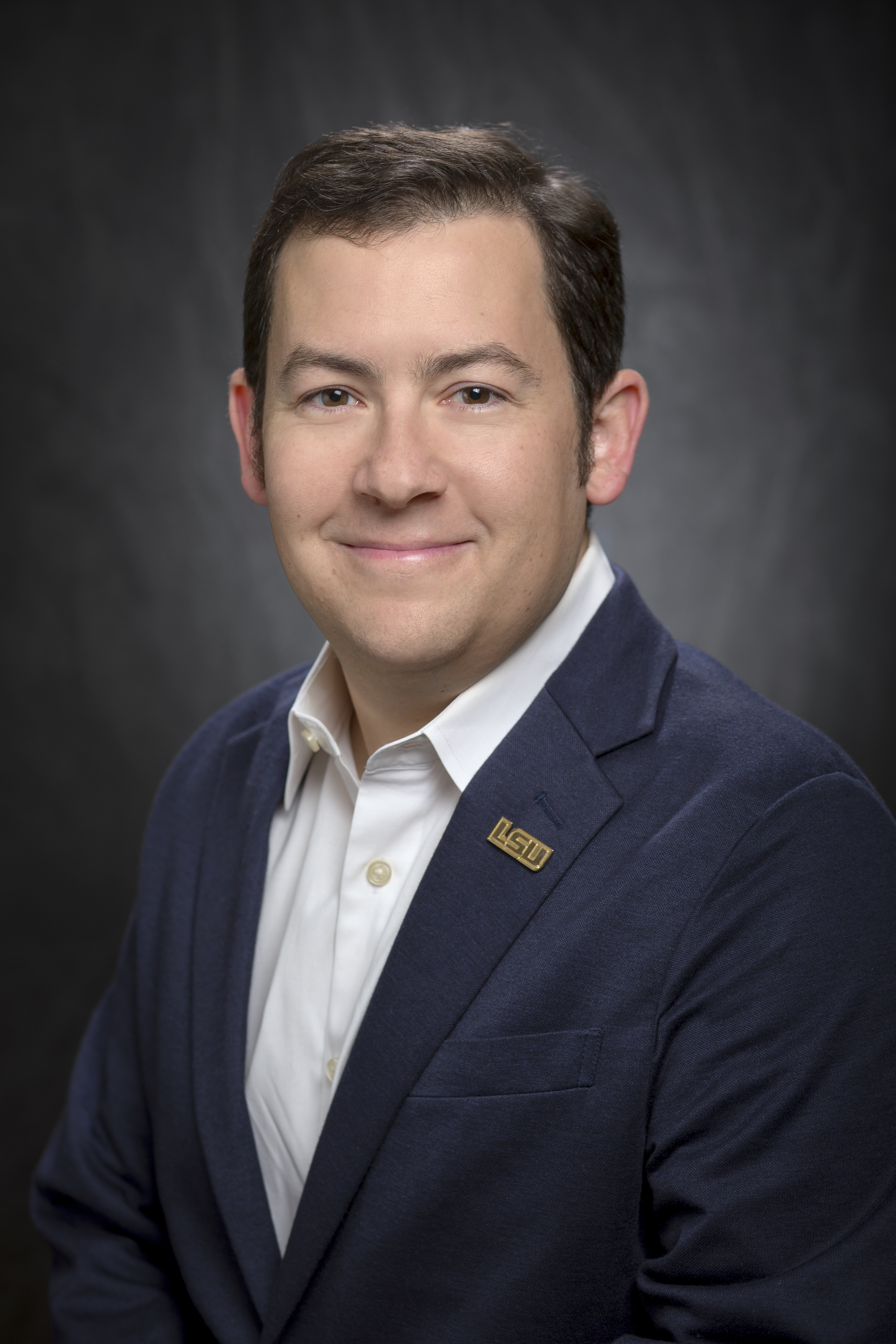 Michael Polito is an assistant professor in the LSU Department of Oceanography & Coastal Sciences in the College of the Coast & Environment. He is an ecologist with a focus on the food web dynamics of marine and coastal ecosystems ranging from Louisiana to Antarctica, and many places in between. His research uses stable isotope and other geochemical biomarkers to explore species’ ecological responses to environmental stressors such as oil spills and climate change, and evaluate the ecological implications of coastal restoration and fisheries management strategies.

He is the recipient of the 2018 LSU Alumni Association Rising Faculty Research Award and the 2016 Tiger Athletic Foundation Undergraduate Teaching Award. His research has been supported by the National Science Foundation, National Oceanic and Atmospheric Administration, Gulf of Mexico Research Initiative, Louisiana Sea Grant, the Louisiana Board of Regents and other sources. His published research has been profiled by the New York Times, BBC News, The Wall Street Journal and Scientific American among other national and international publications.

Polito has been an assistant professor at LSU since 2014. Prior to that, he received his Ph.D. in marine biology from the University of North Carolina, Wilmington, and conducted postdoctoral research at the Woods Hole Oceanographic Institution. 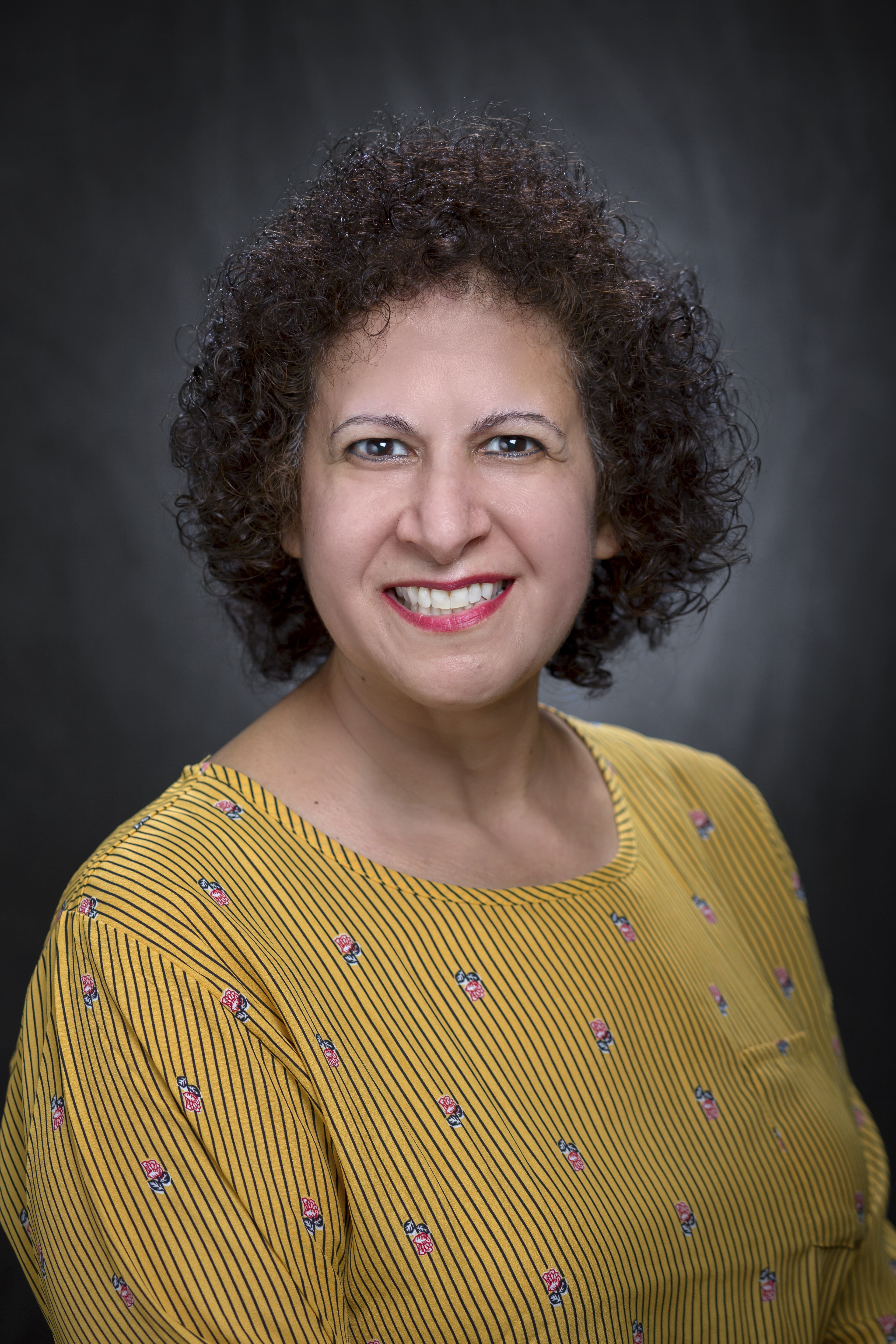 Sue Weinstein came to LSU in 2004 after completing her Ph.D. in English at the University of Illinois at Chicago. She is an associate professor in the LSU Department of English and currently serves as associate chair of English and the departmental advisor for the English secondary education concentration known as Geaux Teach English. She teaches courses in English education, ethnographic research methods, literacy studies, social contexts of poetry and hip-hop studies.

Weinstein’s scholarship focuses on teenage writers. She has been researching the field of youth spoken word poetry since 2006 and has published broadly on that work. She was awarded LSU’s Brij Mohan Distinguished Faculty Award for work related to social justice because of her ongoing work with Baton Rouge’s WordPlay Teen Writing Project. In addition, WordPlay awarded her its first annual Excellence in Service award in 2010. Currently, she sits on the board of directors of Forward Arts, the non-profit organization that houses WordPlay. She previously taught high school English in Chicago, IL and Cochabamba, Bolivia. 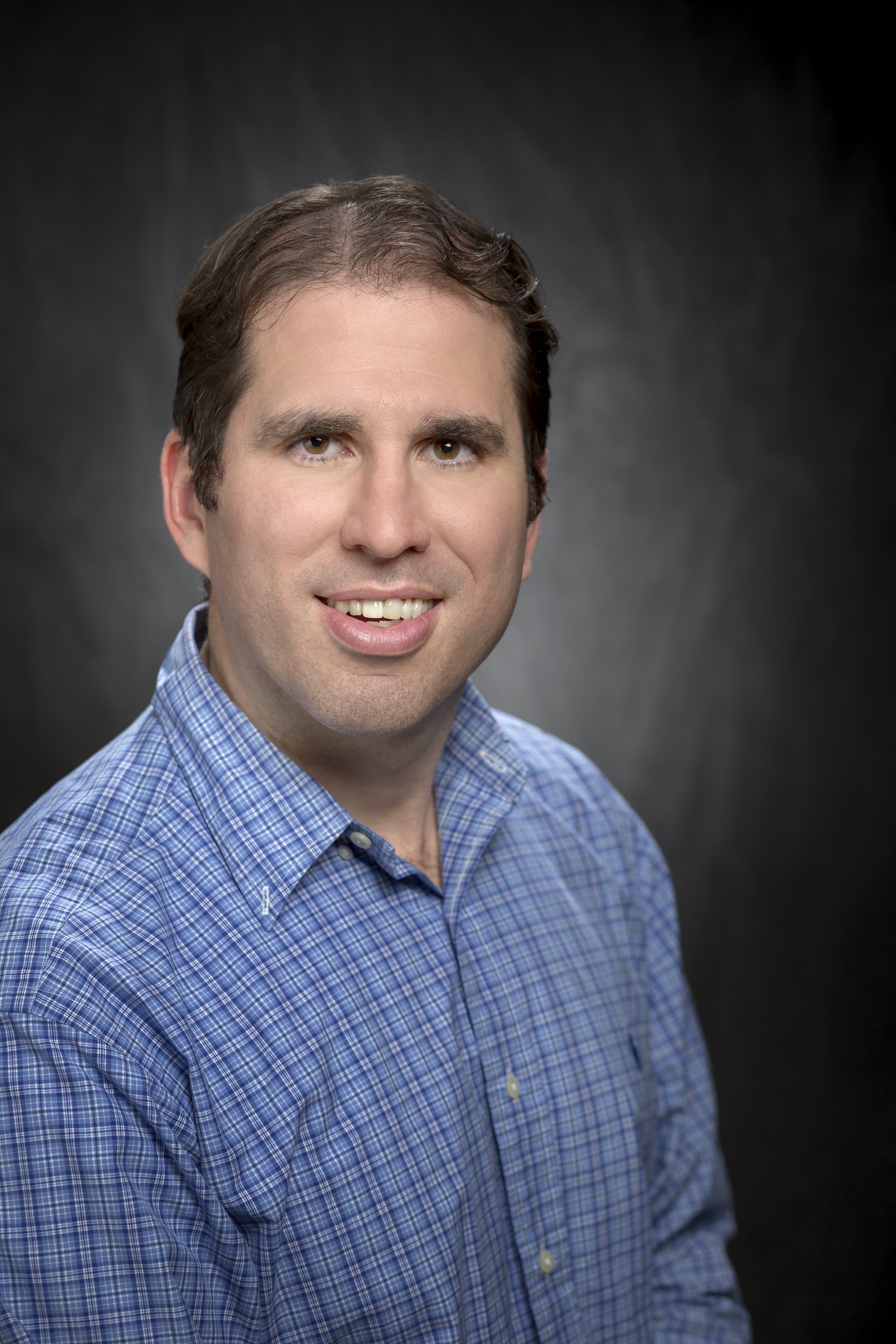 Mark M. Wilde is an associate professor in the LSU Department of Physics & Astronomy and the Center for Computation & Technology. He is the recipient of a National Science Foundation Career Development Award and the APS-IUSSTF Professorship Award in Physics. He is associate editor for Quantum Information Theory at IEEE Transactions on Information Theory and New Journal of Physics. His current research interests are in quantum Shannon theory, quantum optical communication, quantum computational complexity theory and quantum error correction. 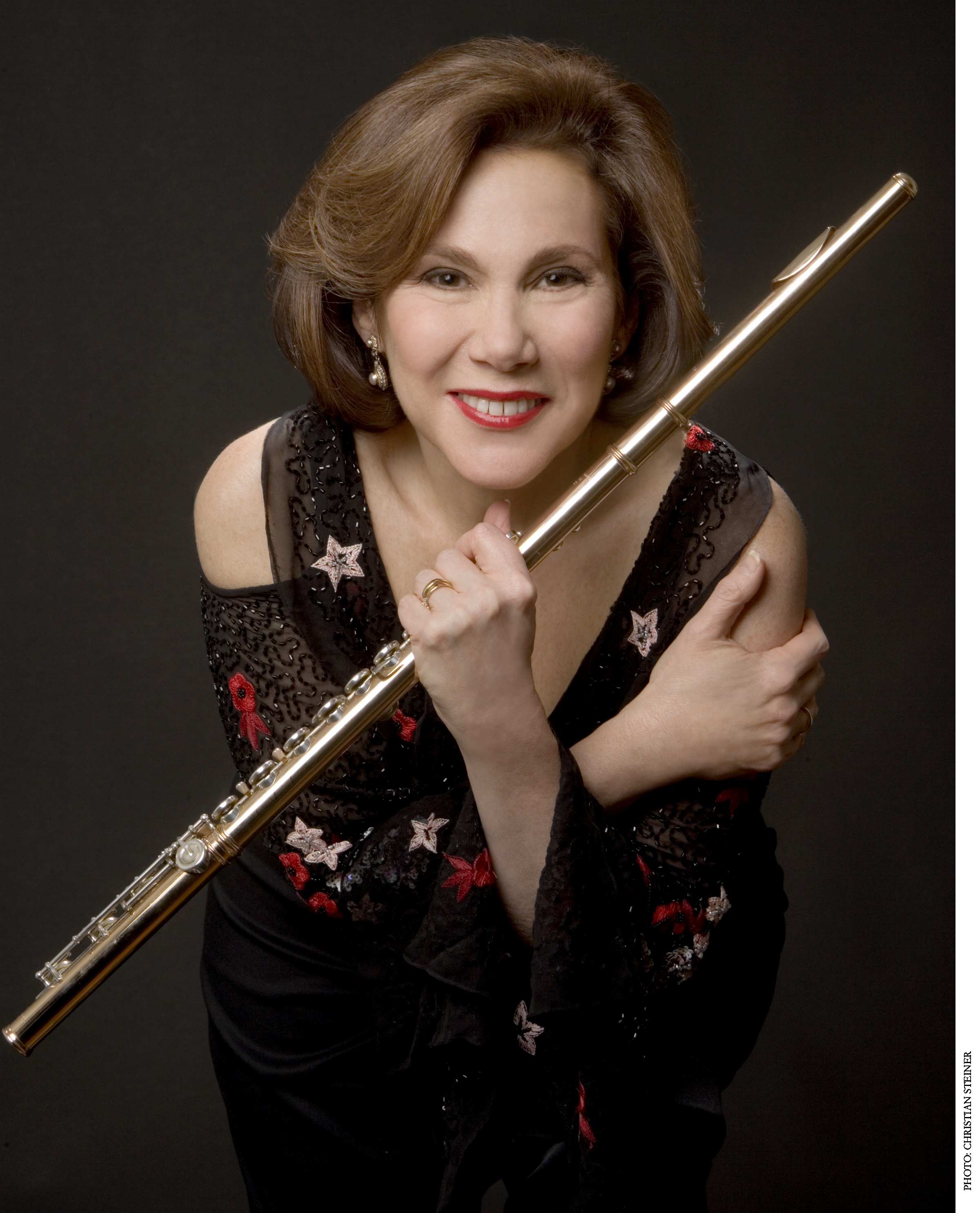 Katherine Kemler is the Charles and Mary Barré Alumni Professor of Flute at LSU and flutist with the Timm Wind Quintet. She is a regular visiting teacher at the Oxford Flute Summer School in England and the Académie Musicale Internationale de Colombes in France.

Kemler has performed solo recitals in London’s Wigmore Hall, the Beijing Concert Hall and taught masterclasses in China’s Central Conservatory, the Shanghai Conservatory and the Hong Kong Academy of Performing Arts. She has also soloed with the orchestra, Medicea Laurenziana, throughout Italy. She has performed solo recitals and taught masterclasses at the Sydney Conservatorium of Music, the Adelaide Conservatorium, the University of Western Australia and the Perth Music Academy in Australia as well as the Ecuadorian Flute Festivals in Quito and Guayaquil, Guatemala, Puerto Rico, Panama and the Dominican Republic. She recently performed with an LSU colleague at the International Double Reed Society Conference in Grenada, Spain. She has performed at 16 National Flute Association conventions in various major U.S. cities as well as at the British Flute Society National Convention. She was featured on the cover of Flute Talk Magazine and on the cover of the Flutist Quarterly, the official magazine of the National Flute Association.

She has recorded four solo CDs on Centaur Records, Inc. and made solo broadcasts on BBC Radio 3 and National Public Radio. She has been invited to perform and teach at the University of Cape Town in South Africa in May 2019. 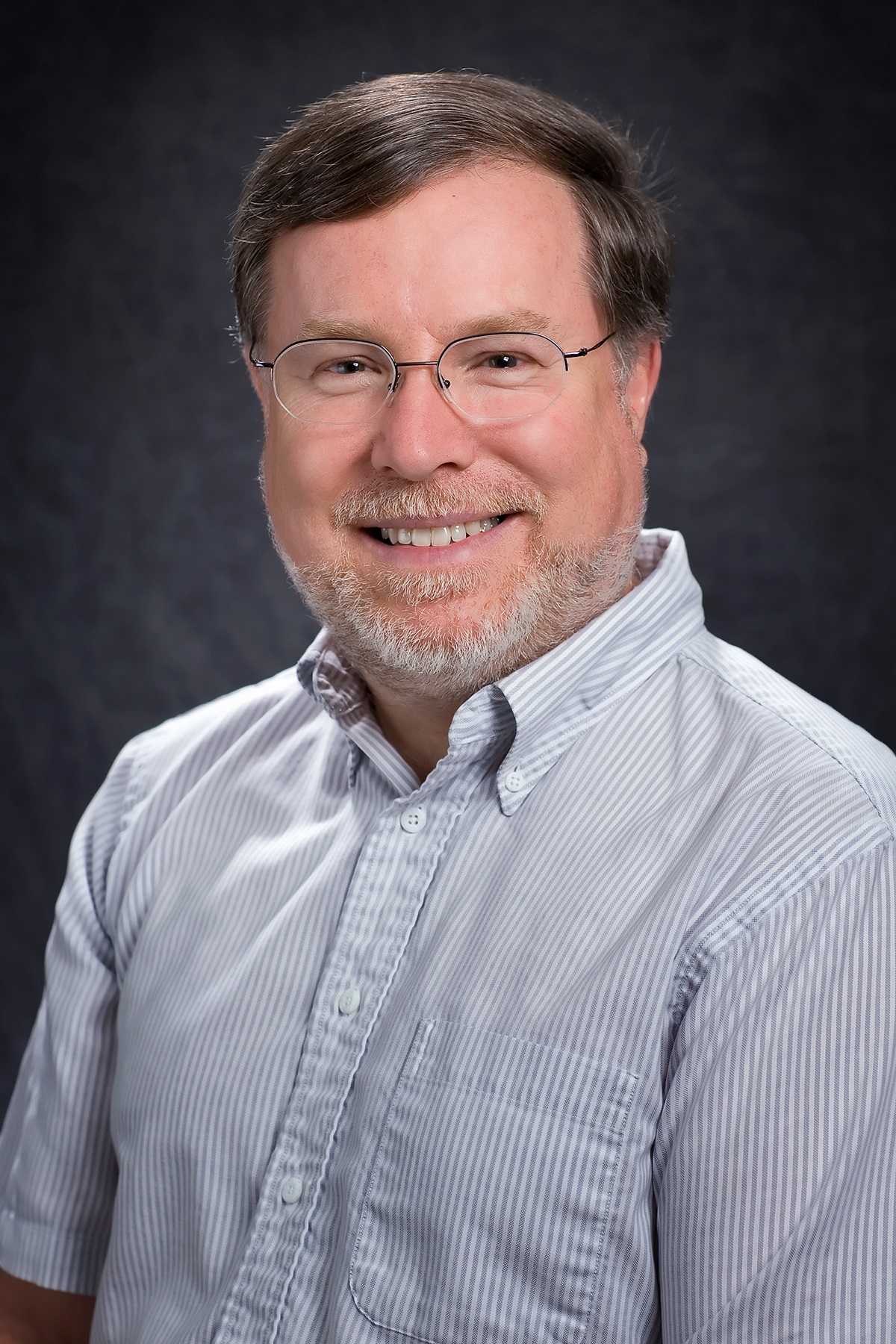 LSU Department of Chemistry Alumni Professor George Stanley was born in 1953 and raised in a small town called Palmerton in eastern Pennsylvania. He developed a strong interest in science and chemistry in the fourth grade, which never stopped. Stanley received his B.S. in chemistry from the University of Rochester in 1975, and conducted junior and senior-year research with Professor Rich Eisenberg on one-dimensional organometallic conductors.

Stanley received his Ph.D. in inorganic chemistry in 1979 with Professor F. Albert Cotton at Texas A&M University with a focus on molecular orbital calculations on metal-metal bonded compounds. He then received NATO & CNRS Postdoctoral Fellowships to study with Professor John Osborn at the Université Louis Pasteur in Strasbourg, France from 1979-1981, where he returned to synthetic organometallic chemistry and developed a love of catalysis. He started his academic career in 1981 at Washington University in St. Louis. In 1986, he moved to LSU, where he is currently the Cyril & Tutta Vetter Alumni Professor of Chemistry. He chaired the Inorganic Chemistry Gordon Research Conference in 2005 and was chair of the Industrial & Engineering Chemistry Division of the American Chemical Society, or ACS, in 2018. His society honors include ACS Fellow (2011) and AAAS Fellow (2014). He loves teaching chemistry and is the founding organizer of the LSU ChemDemo service-learning program that has sent nearly 16,000 LSU students out to teach science and chemistry in regional K-12 schools.