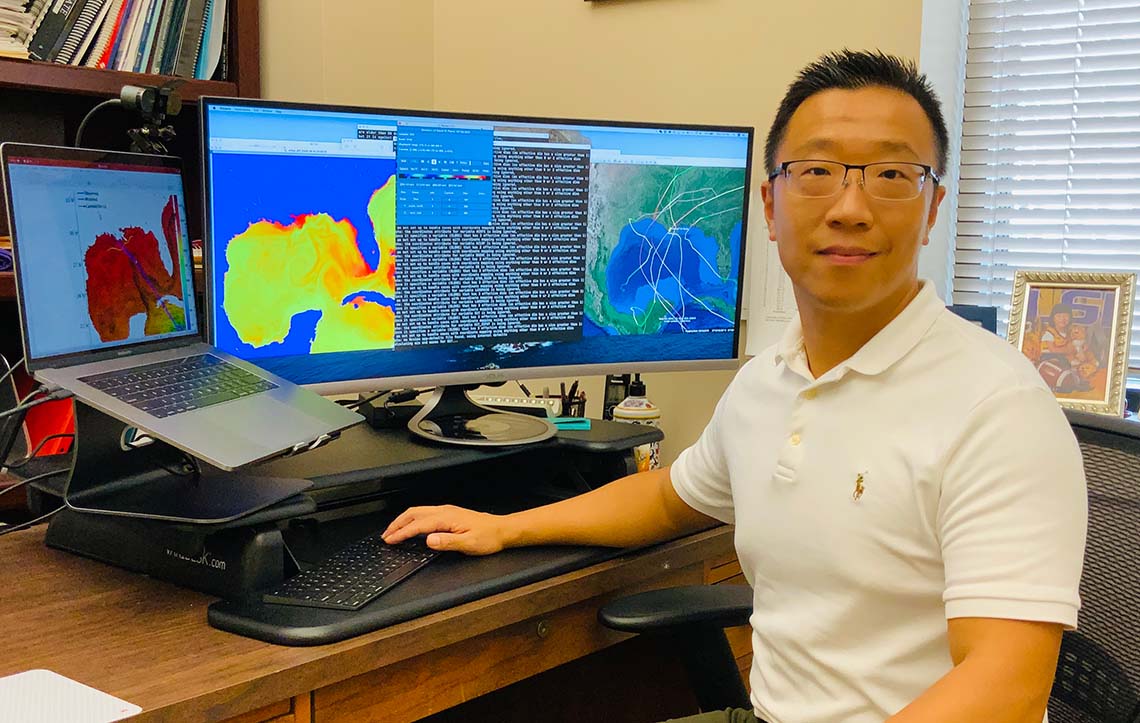 LSU researchers used a unique coupled computer modeling approach to accurately recreate the coastal flooding that occurred during Hurricane Florence, demonstrating that it is more accurate than traditional modeling approaches.

BATON ROUGE -- When Hurricane Florence hit the coast of North Carolina as a Category 1 storm in 2018, it set new records for rainfall, creating damaging 500-year flooding events along the Cape Fear River Basin.

This is exactly the sort of weather event Z. George Xue of the Department of Oceanography and Coastal Sciences, or DOCS, believes his novel coupled computer modeling approach can more accurately predict, and thereby assist communities with disaster planning. Xue said as far as he knows, his lab is the only one using this technique.

Xue, along with DOCS graduate student Daoyang Bao and the rest of their research team, recently published a study using the events of Hurricane Florence to demonstrate the validity of this new approach in the Journal of Advances in Modeling Earth Systems.

Improving the accuracy of flooding predictions can help in hurricane preparedness, said John C. Warner of the US Geological Survey, another collaborator on the study. “More accurate forecasts can help coastal managers to better alert communities of impending storms.”

Xue, who holds a joint appointment with the LSU Center for Computation and Technology, said this breakthrough coupled modeling technique could provide long-term benefits to communities as well. “Our model can identify which region is most vulnerable in terms of compound flooding and provide not only short-term forecasts but also scenario analysis regarding future climate and sea level conditions,” Xue said.

The complexities of compound flooding 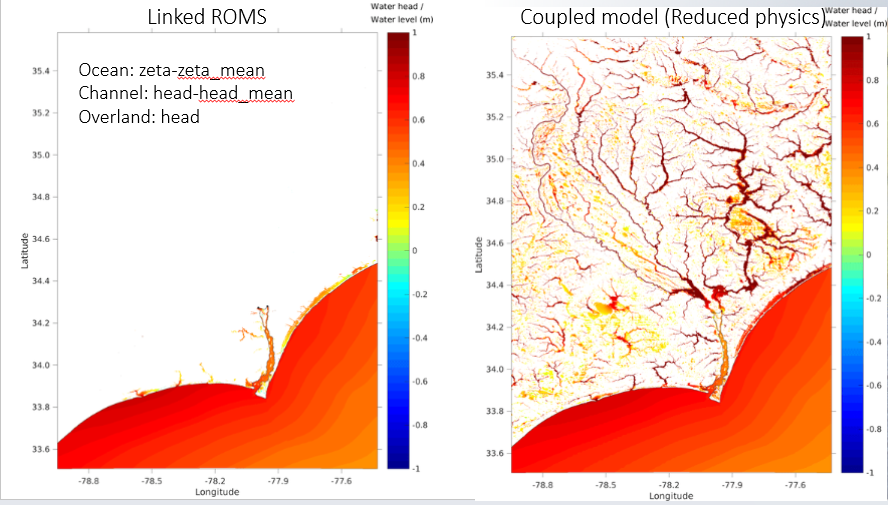 The coastal flooding that occurred during Hurricane Florence is what is known as a compound flooding event, where two or more sources of flooding--in this case, rivers deluged with rainwater and the rising storm surge of the hurricane--converge.

It's a complex system, one that is difficult to simulate using the traditional river and ocean models, as neither fully captures the way the different sources of water interact with each other.

In coupled modeling, simulations of river and ocean are paired and run at the same time, so each receives feedback from the other. This recreates the conditions of a compound flooding event, where the storm surge accompanying the landfall of a hurricane and the swell of rain-induced flooding as the storm moves inland meet over a coastal area.

Xue and his group paired an ocean model with a river model using data gathered during Hurricane Florence as a validation of model performance. They examined the results of this simulation as compared to a more traditional “linked” model, where two simulations are run separately, and with the data gathered from different monitoring stations around the Cape Fear area during the actual hurricane.

The coupled models produced markedly better results, the study found. Simulated water levels at the head of the Cape Fear Estuary were between 20 and 40 percent more accurate than those produced by the linked model. This is also the first time the contribution of storm surges and flash floods to compound flooding have been quantitatively diagnosed.

Xue said this coupled model represents a new stage in an idea he’s been working on for almost twenty years. “I have been trying to build a ‘closed cycle’ modeling system that can integrate atmosphere, ocean, and river processes in the land-estuary-ocean continuum,” Xue said. "This new model closes the loop by coupling the river and land surface processes with that from the ocean side."