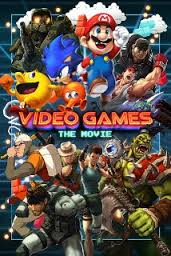 The Making of Video Games: The Movie with Jeremy Snead

Jeremy Snead, the writer, director, producer and cinematographer of Video Games: The Movie is coming to LSU to talk about the making of the film. From crowd sourcing on Kickstarter to direct distribution with movies on demand - Jeremy is part of the changing publishing landscape for films. To add to the challenge he did this in a tough genre of documentary filmmaking. Find out the trials and tribulations of bringing a subject that is of personal and cultural significance to market. Jeremy has a rich background professionally in the field of video games through his work at Media Juice Studios which produces marketing content for video game publishers.

As part of Louisiana Innovation Month, the DMAE Film Series is pleased to have director Jeremy Snead joining as a panelist to talk about the video game industry. This is one of the first films to take a serious look at the impact and potential of this growing field and is of particular importance strategically to the state. We will be screening the documentary after the panel.

"From executive producer Zach Braff and director Jeremy Snead, VIDEO GAMES: THE MOVIE is an epic feature length documentary chronicling the meteoric rise of video games from nerd niche to multi-billion dollar industry. Narrated by Sean Astin and featuring in-depth interviews with the godfathers who started it all, the icons of game design, and the geek gurus who are leading us into the future, VIDEO GAMES: THE MOVIE is a celebration of gaming from Atari to Xbox and an eye-opening look at what lies ahead." - Variance Films